Shane Lawton, a graduating senior at North Tama High School, was not so sure of that when he was diagnosed with Acute Lymphoblastic Leukemia as a preschooler. He had been an active four-year-old, but suddenly became pale and listless, bruising easily. These cues sent his parents to the doctor for answers. The diagnosis was frightening and led to four years of treatment.

Leukemia accounts for 34% of all childhood cancers. Acute Lymphoblastic Leukemia occurs when immature white blood cells continuously multiply and are overproduced in the bone marrow, crowding out the normal cells. This type of cancer is most common in childhood with a peak incidence at 25 years of age and another peak in old age.

For all childhood cancers combined the 5-year relative survival rate has improved markedly over the past 30 years, from 58% in the mid-1970s to 83% today, due to new and improved treatments. However, rates vary considerably depending on cancer type, patient age, and other characteristics.

For Shane, the diagnosis began a four year journey of trips every two to four weeks to University Hospitals in Iowa City for treatments. He was beginning 4th grade when he was pronounced free of cancer. In the meantime he had made many friends among other children receiving treatment. Obviously, they had a lot in common. The tough part was that some of those friends lost their battle and for Shane, “It hurt a lot.”

Shane used his experience as the basis for his entry in the high school speech competition this year. His presentation was titled, “How to Beat Cancer,” and judges called it “authentic” and “personal,” awarding him a Division I rating at the state contest. Shane will be a counselor at Cancer Camp this summer.

He attended this camp at age 6 and considers it a highlight during those years of treatment. He is active in the Dance Marathons at both University of Iowa and Iowa State University because they are opportunities for cancer patients to connect with one another and celebrate together. 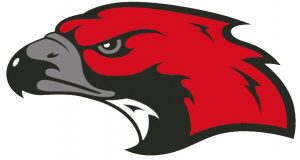 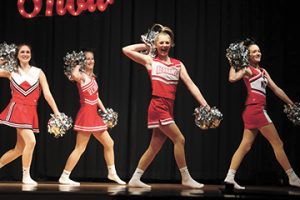 Union schools rate in top 50 in the state

Union School District, Dysart-LaPorte City, is rated number 40 in a listing of the top 50 school districts in Iowa. ...

The 2020 Legislative session has begun in earnest and as always, school districts across Iowa will keep a sharp eye ...

The follow are area students named to the Fall 2019 semester Dean's List at the University of Northern Iowa. To be ...