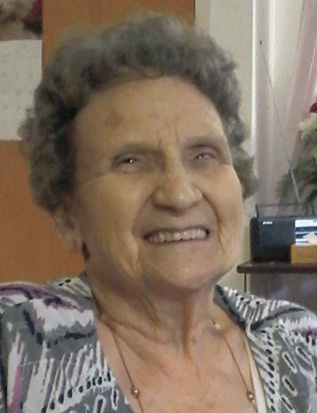 Bette Larsen, 79, Traer, Iowa, passed away Saturday, April 4, 2020, at Compass Memorial Healthcare Center, Marengo, Iowa. Condolences may be left at www.overtonfuneralhomes.com. Overton Funeral Home in Traer has been entrusted with the arrangements.

Bette Captola (Harding) Larsen, 79, of Marengo, formerly of Traer, passed away comfortably on April 4, 2020 at Compass Memorial Health Care in the hospice suite. Bette was born on September 24, 1940, to William and Bernice (Simmons) Harding.

Bette spent her life caring for others. She was a home daycare provider and was a CNA at Bethesda Care Center in Toledo. She also worked at Sunrise Hill Care and Rehab Center for 13 years. Bette retired in November of 2000. Bette loved spending time with her children and grandchildren and enjoyed having Casey’s pizza parties, working puzzles, and collecting jewelry.

A private family gathering will be held for Bette. Memorials may be directed to the family. Bette’s family would like to add a special thanks to the staff at Compass Memorial Healthcare and Rose Haven Nursing Home for their care.