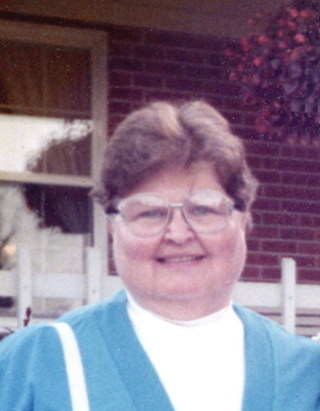 CLUTIER-Pauline Marie Sienknecht, 87, of Traer and formerly of Clutier, passed away on Monday, May 11, 2020 at the Sunrise Hill Care Center in Traer under the care of Hospice of the Midwest. Private Family Services will be held with Interment at Holy Trinity Cemetery in rural Toledo.

Pauline was born on April 11, 1933, in Vining, Iowa, the daughter of William and Mayme (Roubineck) Riha.

She graduated from Clutier High School in 1951.

On August 24, 1953, she was united in marriage to Ralph Sienknecht at St. Mary’s Catholic Church in Vining. Pauline previously worked at the Tama News Herald holding several positions. She was also a secretary to the Principal at the North Tama Junior High School. Pauline was formerly on the Rosary Society at St. Mary’s Catholic Church in Vining. She spent a lot of years raising her nieces and nephews. Pauline enjoyed reading, sewing, quilting, crossword puzzles and collecting Santa’s and bears.

Preceding her in death were her parents; her husband, Ralph in 2015; two brothers, Stanley and Clement Riha; and one sister, Wilma Hickson.

A memorial fund will be established and directed at a future date.

Kruse-Phillips Funeral Home, Tama-Toledo, is assisting the family with arrangements.