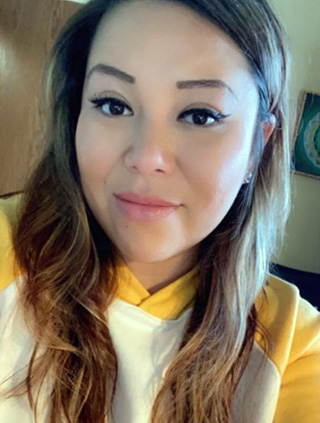 UPDATE: Lindsey Johnson’s breathing worsened on Sunday and she was sent to the hospital where she is under observation.

Lindsey Johnson was one of the first people in Tama County to be diagnosed with COVID-19. She received the diagnosis on Saturday and has been isolated since Tuesday.
The COVID-19 pandemic has brought a new way of life for a lot of people but especially for Lindsey Johnson.
The 31-year-old woman from the Meskwaki Settlement was diagnosed with COVID-19 Saturday morning.
“I was like Oh my God. Is this real?” Johnson said on Saturday evening. “I was shocked. I felt really down about it.”
She said after two negative tests for influenza and one negative test for strep throat, her physician decided to test her for the coronavirus on Tuesday. Johnson had all of the standard symptoms – a fever of 100.4 or higher and trouble breathing  and more.
“I remember them saying they could not believe I did not have the flu,” she said.
Johnson experienced a fever, coughing, weakness, sore throat, headache, body aches and a loss of her senses of taste and smell. Her illness began March 14 but the worst was yet to come.
Johnson was told the results of the COVID-19 test would take at least three to four days. She decided to isolate herself away from friends and family. Johnson was fatigued and struggled to get out of bed. Her back was in pain from the coughing she had, so she took ibuprofen to help.
On Friday, Johnson noticed her breathing was far more labored. After climbing a flight of stairs, she experienced a coughing fit and had trouble breathing.
” I was gasping for air,” Johnson said.
She was advised to go the emergency room.
An X-ray and CT scan of her lungs showed an infection and inflammation. However, it was not bad enough for her to be admitted to the hospital.
The Saturday morning diagnosis not only gave Johnson an answer to what was going on, but also created a lot of communication with public health officials. They have asked Johnson where she has been and who she has been in contact with during the last two weeks.
She told them she was not sure where she contracted the virus. Johnson did say her symptoms started after she attended a basketball game in Oskaloosa with her son.
Separated from her two children – her son, 9, and her daughter, 7 – Johnson has felt a variety of emotions during the past week.
“My son is going through a lot of emotions too. He would call me crying and I would cry,” she said. “I think I had a breakdown a couple of times because I am tired of being this sick. I want to go home and see my kids.”
Johnson has also felt scared she might have passed it to someone else before she isolated.
“I hope I have not done that,” she said.
“No one wants this sickness,” Johnson said.
” I hope everyone realizes how serious this is,” she said. ” I think it does something to you mentally because I can t believe I am actually going through this and I have been isolated for so long. It has taken a toll on me physically and emotionally. I do not want anyone to go through this. “
People in the community have shown support to Johnson during this time. She said she has received a lot of messages.
“I know this has hit home for a lot of people,” Johnson said. “They are taking it seriously and a lot of people are reaching out to me. Everyone is hoping I get better. I think it is very scary for the community. They think, This is real. It’s happening and it is here now.'”
It might have come as a surprise for people who know Johnson. She is a self-confessed germaphobe.
“I am that person,” Johnson said. “I am always washing my hands and sanitizing shopping carts and I am one of the first people on the Settlement who gets it.”
Since Friday, Johnson said she has improved. The doctors informed her that days three to five of the illness are the worst. However, on Saturday she said she still has to watch what she does.
“If I move too much, I cough and stuff, “ Johnson said.
She cannot imagine what an older person might feel when contracted with the virus. Johnson hopes her story will make people aware that this is real.
“This is real and you can get it, she said. You don’t want this. Stay home, seriously.” 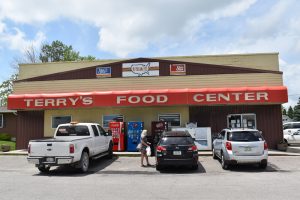 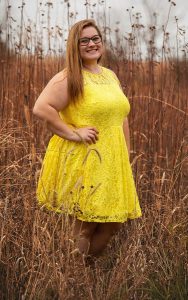 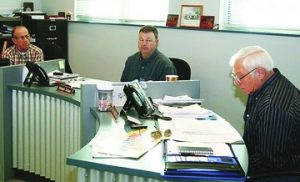